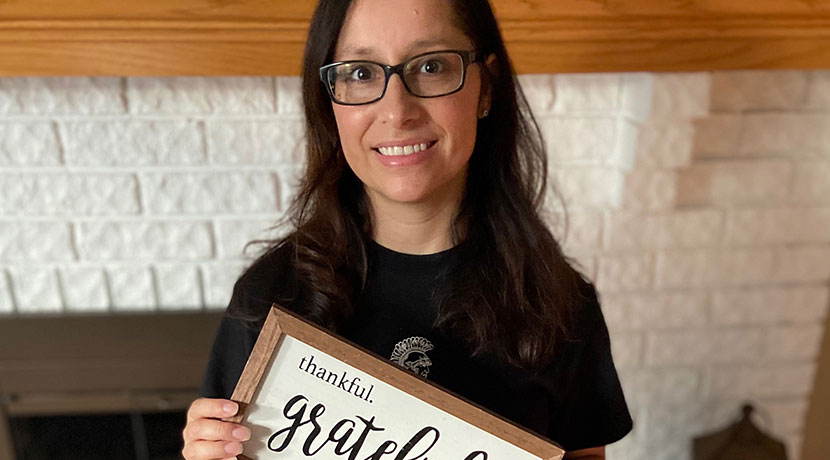 When Maria Kazlauskas went in for a routine check-up with her gynecologist, the last thing she expected was for her doctor to discover a large lump in her breast.

“Quite frankly, I was stunned,” Maria says. “The way she was talking, I knew something wasn’t right.”

Her doctor scheduled a mammogram for the next day. Although the mammogram was unable to detect the mass, it showed up on a breast ultrasound. Maria was also able to get a biopsy on the same day, which confirmed that it was stage 2 breast cancer. 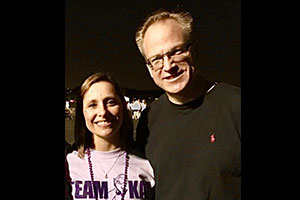 Maria remembered Dr. Joseph Kash, the father of one of her students, is an oncologist with Edward-Elmhurst Health. He also belongs to the same church, so she knew him on a more personal level. Maria’s husband called Dr. Kash and asked if he could help. Dr. Kash requested Maria’s records, including her ultrasound and biopsy results. After reviewing everything he said he would be honored to work with her.

“Maria was worried about her diagnosis and didn’t know where to go or what to do,” says Dr. Kash. “She was originally working with a different health system, but I recommended she come to Edward-Elmhurst Health because of our multidisciplinary team approach to cancer care.”

Because there were concerns about the larger tumor size along with a second lesion that looked suspicious, Maria decided to have a bilateral mastectomy.

“The original plan was to do a lumpectomy to just get the mass out,” Maria says. “But one afternoon, I saw my son playing outside and suddenly realized I really want to be alive for my kids without worrying about cancer coming back in my other breast. I called Dr. Kash right away to tell him I wanted the double mastectomy.” 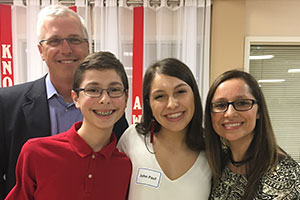 “Maria’s decision was a good one for someone in her situation,” says Dr. Kash. “After getting to know her, it was the right decision for both physical and emotional reasons.”

Maria’s surgery went as planned and the outcome was better than expected. Dr. Kash and his team found less cancer and the tumor was smaller than they anticipated. There was not an additional tumor as suspected and no cancer spread to her lymph nodes. Maria was also able to undergo breast reconstruction at the time of her surgery.

The good news continued. In a follow-up appointment, Maria learned she wouldn’t need chemotherapy or radiation therapy. Instead, she would take tamoxifen for 5-10 years and get regular checkups with Dr. Kash.

“Dr. Kash is so detailed and focused on his patients,” Maria says. “He really listens and when you’re with him you know you’re the only patient he’s thinking about.”

Today – six years after her diagnosis and treatment – Maria is grateful to be living cancer-free. 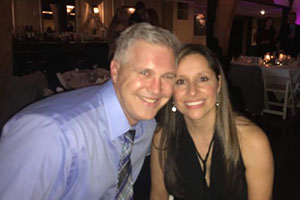 “The first few years were the hardest to get through, but I got through it with the help of Dr. Kash, my family and my friends,” Maria says. “Throughout it all, I felt so safe and taken care of at Edward-Elmhurst Health. I knew I had the best team working with me.”

To learn more about breast cancer diagnosis and treatment, visit us online. You can also make an appointment online or by calling 630-527-6363.
Make an Appointment Online

Beth’s Story: “The unknown is scarier than knowing.”

How is Breast Cancer in Young Women Different?

Laura’s Story: “I felt well cared for throughout the journey.”